After a week of vibrating gently with the Secret in my pocket, I showed up again to meet my therapist. Was I really starting therapy again? I suppose I was because I could feel myself changing, and I needed a guide. Cynthia had said once that if I really wanted a life-partner, she could help with that. It felt like cheating, but I decided to turn it over to Cynthia.

I was stuck on the word really. Did I REALLY want a life partner? Why couldn’t I say yes? I showed up to find out why it is after all this flailing about,  I couldn’t just say yes.  I woke up many nights wishing there was someone next to me to check in with. I’d had a taste of it with Dave, and despite it not being ultimately right, it was damn good. I had forgotten how good it could be. Although I was a little woke to the idea that a true life partner could be the bombiest of bombs, I was not convinced deep down in my soul sufficiently enough to be able to say unequivocally,  yes.

It turns out that if you want to use the Law of Attraction to find a mate, you gotta be convinced deep in your soul that you really want one. You must know with certainty that you are ready and you need a list of qualities you are looking for in a person, and probably a vision board to go with it. The true believers call it a treasure map. You have to do some work, clear your life and make a path, a treasure map if you can bring yourself to call it that.

Cynthia was patient when I told her that the Secret was a little too much hooey for me. Still, I told her I did think that as a paradigm, it was useful. It was useful enough to get me on board with the kind of introspection a person probably needs if they are ever going to quit bouncing from this to that and instead deliberately choose someone worth deliberately choosing.

As an aside, I needed to vent that while popular pop psychology would dictate that a string of bumpy pseudo relationships means a person isn’t choosing wisely, that I personally maintain that one’s options can skew the choosing. (It’s not my fault, I swear, what’s a girl to do?) I hadn’t deliberately gone in a million dead-end directions, I had just jumped on the best options.

To someone who believes in the Secret, that is not only laughable, it is proof that the Secret works. The Secret is one of those things where if you believe you are going to attract near misses, that’s what you’ll end up attracting. Doesn’t that make you want to punch someone?

Instead of punching someone, I am reading, gulp, The Secret for Attracting Your Soul Mate. I’m going with the idea that if I can say it out loud, I can do it. I’m brushing aside all the feeling stupid and getting down to the nitty gritty.

One exercise I just completed was to close my eyes and envision a screen, and on that screen is a date, a date when I will be ready. This exercise was meant for people like me that can’t answer yes to the “Do I REALLY want” question right now. Thankfully, not being able to say yes doesn’t disqualify me. It just gives me more work to do.

So I closed my eyes and the date December, 2018 popped on the screen.

I’m not judging this one way or the other. I’m just telling my future soul-mate that he can find me on or after December, 2018. And instead of feeling sort of desperate and foolish, I feel amused, excited, and like I’m steering the boat.

I have put my faith and trust in Cynthia because she is a smart woman, and because I need a guide to help me keep going, and not only that, but to help me choose this next part of my life with intention.

So I am playing my banjo and writing and working and listening to music and hiking with Garth and exploring a new obsession with grilling pizza (it is to die for) – and I’m reading a book and doing spooky exercises that if nothing else kick me in the fanny and keep me going.

Not bad. The path to yes is going to be an interesting one. I will make new friends, do new things and prepare myself to get boiled like a lobster by true love when it decides to show up. And, 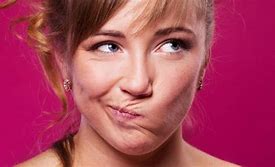