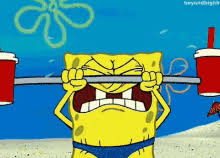 Remember when I was almost a ballerina?  That little delusion saw me through winter with hardly any S.A.D. I plan to go back to my dance classes, erm…..soon? Heck, even if I don’t go back, I made it through winter without too much blue. Not bad!

To catch everyone up,  Tom2 and I are now over and done. Our first break-up was an accident. It was a panicky sort of thing and I knew immediately that we were being ridiculous and should just stay together, onward, ho!

Some things just don’t have the kind of staying power you’d hoped for when you first jumped in. Sometimes there’s only so far you can take something before you’re in over your head and drowning. Sometimes you hit a wall.

We all know that the best way to get over someone is to focus your attention on something else.

So…I got busy and downloaded Tinder and and and…..Noooooo! I mean I did do about ten minutes of swiping and a couple of “Hey, girl” exchanges and then I got bored with it all and did a U-turn.

It was then that I realized….. that if I can’t have a boyfriend, I want my own personal deltoids and abs! Stuck to my own body! And not the kind made out of felt.

Sisters are doin’ it for themselves and there’s one woman in particular who’s all over the internet because she started out over fifty, doughy and completely out of shape….and I’m telling you she underwent a total transformation. She’s got a turkey tan and the tiny titty thing goin’ on but the woman is strong.

I want to be strong.

I put a call into Gary at God’s Gym and asked him if he could build me up some muscles and help me shred my belly fat.

Cha! Of course he can! The dude’s a pro. Five star reviews and his clients are all ripped as fug.

Shhh! No swearing. Gary’s a man of faith and he’s gonna train me in Jesus’ name. He said it was going to be 70 percent diet (blah, blah I know he’s right) No worries cuz he’s also a sports nutritionist!

It’s certainly not enough to get me over Tom2.

But a trans-for-maaaaaaa-tion?? Well, well!!

I’ll have what she’s having!

That’s all I’ve learned about getting over someone you thought you’d like to be with. You gotta be honest (maybe something wasn’t right), you gotta accept your fate and decide it’s all for the best, and you gotta find something else to capture your imagination and to keep you whole while your sweet heart mends.

And if you come out on the other side all shredded and strong – that’s some mighty fine medicine you swallowed.

I’m swallowing hard and letting go and moving on because that’s what I have to do.

Ripped cut weight-lifting baby Jesus with Gary’s help, take the wheel at 7am M-W-Fri, heal my aching heart and get me some muscles.